I haven't had much time lately to decorate envelopes, but I have had some fun with stamps matching them to themes.

This was a spring one, the paper and envelope were the same and had spring bulbs and rhododendrons on it.  I put spring stamps on it-stawberries, baseball, flowers, and nesting birds.

This one was for a typewritten letter-printing press, letters, and paper boys.  It was a letter to my grandfather to thank him for giving me my late grandmother's typewriter. (see below)  It's so exciting to have it! 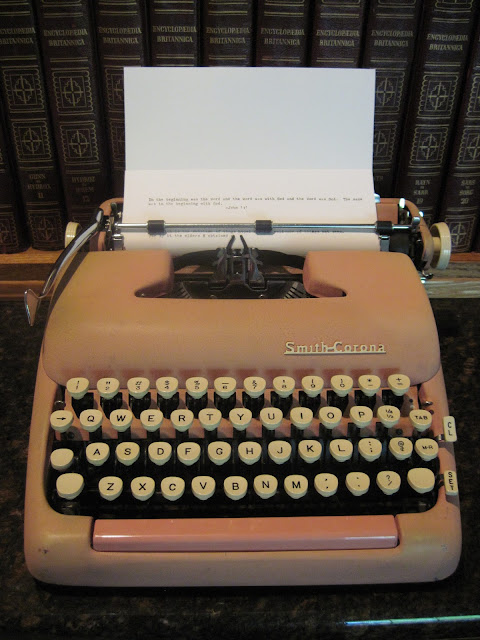 It's a Smith-Corona Silent-Super. He actually brought three, his grandfather's-a 1927 Remington, this one (that they got early in their marriage), and an electric one she got later.  My sister will probably use the 1927 Remington (which seems to work, but we're trying to get the musty smell out of), and I haven't got a chance to check out the electric one.  This one was jammed up, the , most everything would work, but the keys wouldn't type.  But with some work, and info, especially from My Old Typewriter blog, I got it working.  Seems it just needed some cleaning.  After a few hours of cleaning off where the type bars pivot with a toothbrush and denatured alcohol it's working pretty good now.  I still need to clean the outside of the typewriter, but at least it works for now!


...and here's a sneak peak of the other two typewriters: 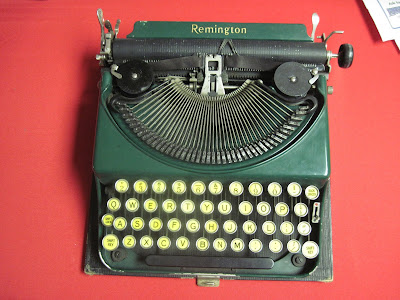 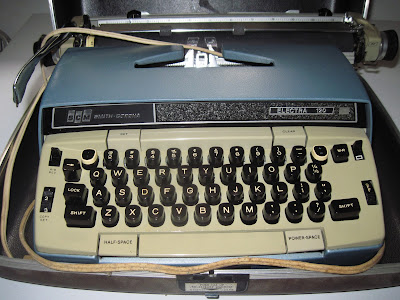